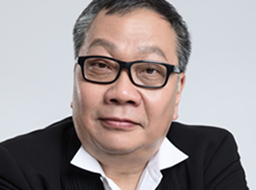 Jeffrey Chan is the Executive Vice President of the Bona Film Group, a veteran filmmaker who has been in the industry for over two decades, currently also serves as the director board’s member of the Bona Film Group since 2009.
He has championed Bona’s investment on Hollywood films such as THE MARTIAN (2015), X-MEN: APOCALYPSE (2016), BILLY LYNN’S LONG HALFTIME WALK (2016), INDEPENDENCE DAY: RESURGENCE (2016), WAR OF THE PLANET OF THE APES (2017) and THE GREATEST SHOWMAN (2017).
Jeffrey has also actively arranged and involved in Hollywood’s adaptation of Chinese movie
scripts such as INFERNAL AFFAIRS.
This year, Jeffrey has been invited to join as a member of the Academy of Motion Picture Arts and Sciences for the Academy Awards.