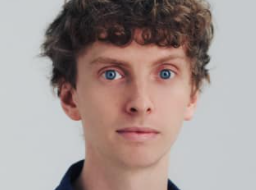 After graduating from EICAR (Paris) with an undergraduate degree in 2013 and from the University of Westminster (London) with a master degree in "Applied Sound in Interactive Media" in 2015, he joined Enigami, a French video game development studio, as Head of Audio, where he was responsible for the entire audio design and audio implementation between 2014 and 2017.

In 2017, he co-founded Aube Production, an audio post-production company based in London, and then established Aurae Studios in Paris and Saigon in 2020, working as sound editor, sound designer and re-recording mixer with directors, production companies, game studios from all around the world (including China) on various projects (feature films, animations, video games, TVCs, music videos) .


He has worked on 8 Feature Films including The Cursed Ones (2015, directed by Nana Obiri Yeboah), Masameer the Movie (2020, produced by Myrkott Studio), What we Forgot to Remember (2020, directed by Duc Thinh), and Dien Toi (2021, directd by Jack Carry On), which will be released on Netflix.