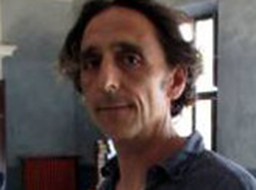 Ettore Guerrieri has worked as a production and set designer since 1986. He’s a great experienced talent who works a lot between Italy and Germany, He worked with some of the most talented International directors such as Julie Tamor, Franco Zeffirelli Nanni Loy, Luca Guadagnino, Tinto Brass and many others.
“Titus” 1999 Italian-American-British film adaptation of William Shakespeare's revenge tragedy Titus Andronicus. Starring Anthony Hopkins and Jessica Lange, it was the directorial debut of Julie Taymor. The film received one nomination at the 72nd Academy Awards for Best Costume Design.
“Tea with Mussolini” is a 1999 Anglo-Italian semi-autobiographical film directed by Franco Zeffirelli starring Cher, Judi Dench and Maggie Smith. It won one BAFTA award for Best Actress in a Supporting Role and was nominated at Italian National Syndicate of Film Journalists for Best Costume Design.
“El Alamein - The Line of Fire” is a 2002 Italian war-drama film written and directed by Enzo Monteleone. The film won three David di Donatello awards (for best cinematography, best editing and best sound) and an Italian National Syndicate of Film Journalists Award for best sound.