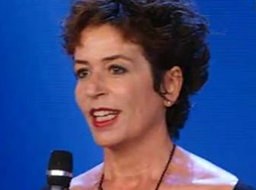 Cecilia Zanuso is one of the leading editors of Italian cinema who has collaborated with several well-known directors such as Paolo Virzì, Marco Tullio Giordana and Cristina Comencini. She won 3 David di Donatello Awards and 2 Italian National Syndicate of Film Journalists Silver Ribbon Awards as Best Editor.
“La pazza gioia (Like Crazy)”  is an Italian comedy-drama blockbuster directed by Paolo Virzì. Directors' Fortnight at the 2016 Cannes Film Festival and winner of the David di Donatello Italian Film Award.
“La bestia nel cuore (Don’t Tell)”  directed by Cristina Comencini. Nominated for the Golden Lion at the Venice Film Festival and for the Best Foreign Language Film category in the 78th Acadamy Awards.
“Il capitale umano (The Human Capital)” directed by Paolo Virzì. It was selected as the Italian entry for the 87th Academy Awards. For her performance, Valeria Bruni Tedeschi was awarded Best Actress at the 2014 Tribeca Film Festival.