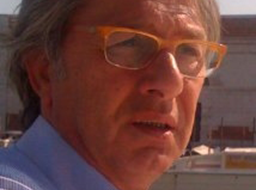 Massimo Quaglia is a highly talented and experienced editor known for some of the most famous Italian contemporary movie masterpieces. Relevant is his cooperation with the Italian director Giuseppe Tornatore with whom he has being cooperating since the first years of the 90s. During his career he received 6 David di Donatello Awards nominations.
“La migliore offerta (The best offer)” is a 2013 English-language Italian  film written and directed by Giuseppe Tornatore. The film stars Geoffrey Rush, Jim Sturgess and Donald Sutherland. It received 13 nominations at David di Donatello Awards (it won Best Movie, Best Director and Best score), 9 nominations at Silver Ribbon Awards where it won for Best Editing.
“La leggenda del pianista sull’oceano (The legend of 1900)” 1998 Italian drama film directed by Giuseppe Tornatore and starring Tim Roth, Pruitt Taylor Vince and Mélanie Thierry. It was Tornatore's first English-language film. The film was nominated for a variety of awards worldwide, Golden Globe nomination included, winning several for its soundtrack by Ennio Morricone.
“Baaria” is a 2009 Italian film directed by Giuseppe Tornatore. It was the opening film of the 66th Venice International Film Festival in September 2009. Nominated to the 2010 Golden Globe in the Best Foreign Language Film category, It was also the Italian entry for the 2010 Academy Award for Best Foreign Language Film.