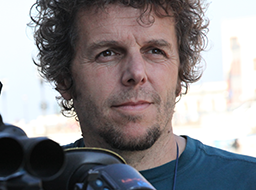 “In Treatment” Italian version of the HBO series and hit Sky Italy show.

“Caffè (Coffee)” directed by Cristiano Bortone, the first international co-production between Italy and China. It premiered in Venice and was nominated Best Production at the David di Donatello ItalIan Film Awards and at the China Media Award at Shanghai International Film Festival.