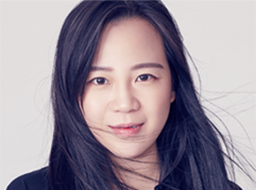 Sun is a professional international copyright dealer and investor, dedicated to Chinese films and overseas distribution and the import of international films in China. She also develops and remakes high-quality IP overseas.
In 2012, she started to work in the film industry. Before that, she was a consultant of an investment bank, and participated in importing Hollywood film CLOUD ATLAS, Russian film METRO, and Spanish film METEGOL.
In 2015, Sun founded Having Me Media, dedicated to the overseas distribution of Chinese films and the public relations operation of the film festival, and led the operation of the Chinese documentary film THE VERSE OF US which was selected as the best documentary at the 2017 Academy Awards and was released throughout the United States. Then she imported Russian film EARTHQUAKE.
In 2017, Sun founded Having Me Films, invested in and imported the Hollywood film I KILL GIANTS, which was selected into the Toronto film festival. The film is produced by the same producer of HARRY POTTER. Sun co-produced the film OLD BEAST, which won the Golden Horse award for best screenplay and best actor, and the best picture in the Asian Future Award of the Tokyo Film Festival. Sun is currently working with Japan's Kyodo Television to remake the famous IP PAPA TO MUSUME NO 7-KAKAN. As the well-known Japanese actress Yui Aragaki is known for this TV series, the show has been remade many times by South Korea, Singapore and other countries.